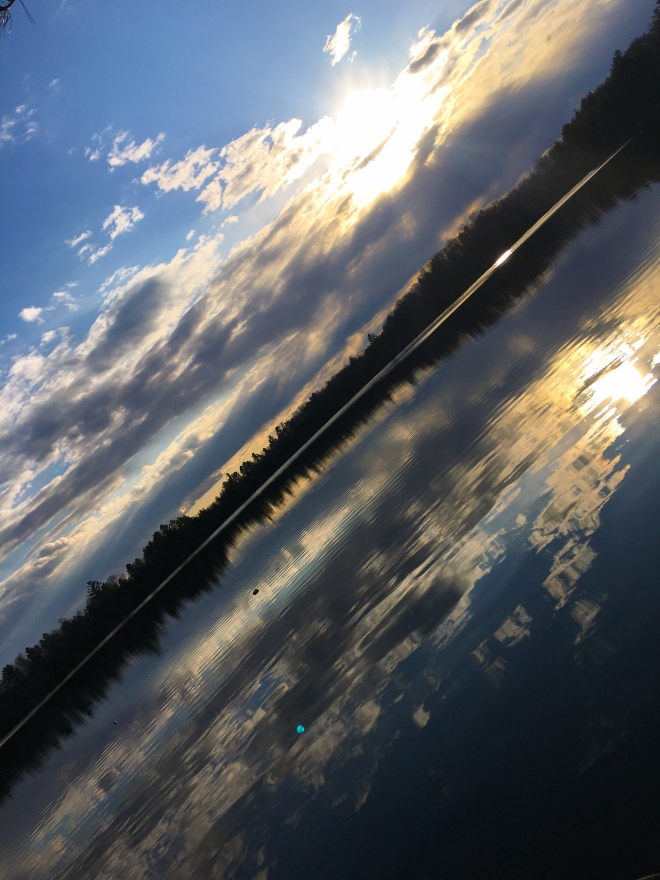 Posted on April 28, 2020 by ktiessen Posted in Uncategorized

I have to admit, I’ve been reading a lot of posts with regards to our planet and what this global pause (stand still) has done for Her. I can’t help but agree that we all needed a wake up call and no one was listening; not even when the earth was ravaged by fires, planes were dropping out of the sky, tsunamis were wiping away villages and precious lives, tornados tore up entire towns, rains drowned fields of food, draught dried up crops and profits, I could go on and on, but the point is; no one was listening. Whether it was greed, oblivion, disengagement, busy lives or denial, it was happening all around us and the small voices and quiet whispers of those trying to wake us up weren’t loud enough for most of us to take a moment and really hear what they were saying. We turned our backs on the planet and went about our business like we were doing no harm.

Today, we have no choice – Mother Nature or the planet has put us in a time out.

Time outs happen when children need to be guided in a different direction, when sports teams need a moment to restratigize, TV timeouts happen so those who want to be heard can pay to do so – time outs seem to be a simple way of taking a breath, a breather, a moment to regroup. But, it doesn’t make sense for Mother Nature to inflict such a harsh time out on every man, woman and child on such a global scale…or does it?

This awful, scary, violent, deadly virus doesn’t care who you are, where you are, how old you are, how healthy you are; it simply doesn’t care, it just goes about it’s selfish existence mowing down society, wreaking havoc on those who put themselves in harms way, tormenting those who have worked hard to make a life for themselves and their employees and wiping out a generation of those precious people that paved the way for us, those who sacrificed so much so we could live in a world we have nearly destroyed.  Sound familiar? Someone could read that and say I’m not talking about the virus at all.  It’s easy to point fingers at the virus but truth be told we are our own worst enemy. Just because this beast of a virus you can not see, doesn’t mean it’s not levelling out the playing field. It had to be powerful and mighty to take on what it sees as the world’s biggest threat. People.

Don’t get me wrong, I hate this virus, but I also am grateful for what it has brought to me and the planet. I needed a pause, I needed a moment to figure out what’s next for me, it’s amazing what happens when you don’t have a choice but to sit quiet and think. I feel like I can breathe for the first time in years and I believe the planet feels the same way. I feel a connection to people and things that just got brushed off to the side; collateral damage of a busy, time flies kind of existence. As I sit here today, I make a promise to myself and those in my life that I will not take for granted the time I am given. It’s funny, when you’ve got nothin’ but time on your hands you realize how precious time is.

I will be glad when this is all over but one thing is for certain, I will remember my lessons learned during my pandemic time out. There is always two sides to the story. The virus has its side of the story; a reason for its bad behaviour and society has its own version of what happened. Two totally different perspectives but equally important and if I’ve learned anything in life it’s that the truth always lies somewhere in the middle. What we really need to let sink in is the old adage of ‘mothers know best’. Maybe that saying came from the Mother of all mothers. Nobody on earth wants to mess with the wrath of the most powerful and feared Mother on the planet –  because Mother Nature knows best and in the end, when it’s all said and done – she always wins. Come hell or high water.